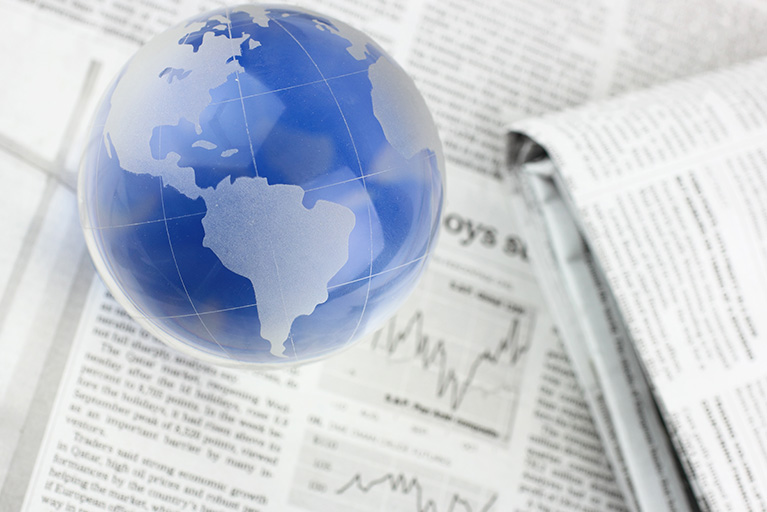 The quarterly summary is prepared by our team and published 4 times a year, in January, April, July and October. It is a must read for all our clients who entrust us with the management of their investable assets as we present the main changes we have made to our model portfolios during the quarter, our views on economic trends and the impact they have on our investment decisions.

We have not made any changes to the asset mix during the 3rd quarter. The changes observed are the result of market movements.

We have reconsidered our holding of Superior Plus Corp (SPB) in the Canadian equity sub-model following the recent announcement of the retirement of the company's President and CEO. Considering that this is a major change in governance and that we would also like to be better positioned with respect to our ESG requirements, we have decided to suspend purchases of SPB and reallocate the portion of this stock to three Canadian stocks already held in our portfolios, namely National Bank (NA), CIBC (CM) and BCE Inc (BCE). These three stocks are stable and pay attractive dividends: NA: 4.2%; CM: 5.4%; BCE: 6%.

In addition, on September 27, 2022, we entered into a currency hedge to protect a portion of our U.S. equity positions against a decline in the U.S. dollar, which dominates the currency market in 2022.

Context: a very strong US dollar

The U.S. dollar benefited from the U.S. Federal Reserve's (FED) rate hike and its appeal as a safe haven in times of market volatility.

In real trade-weighted terms, the U.S. dollar is at its highest level since the mid-1980s.

Our economists and strategists assume that over the next few quarters, the U.S. dollar will start to decline from its level of approximately C$1.37 at the end of September 2022.

Therefore, if the U.S. dollar were to depreciate, it would be preferable for a Canadian investor to limit his or her exposure to this currency in order to avoid the negative conversion effect.

To do this we performed the following transaction:

After months of declines in the stock and bond markets, investors were able to enjoy a short-lived pause in July, meaning that investor pessimism had possibly reached an extreme level by the end of June. Indeed, it is not uncommon to see market rebounds in such circumstances.

With the economic environment still very uncertain, with inflation still very high and the U.S. dollar very strong, central banks had no choice but to continue to raise their key interest rates. The two major rate hikes in July and September in the U.S. and Canada obviously put investors back in the doldrums, causing stock prices to fall in the second half of the quarter.

Another interesting fact observed by economists is that half of the inflation would now be attributable to global supply chain issues, led by the zero COVID policy in China.

If the restrictions were to be lifted, there would be a rapid impact on inflation and we could expect a slowdown in rate hikes over the next few quarters, which would help avoid too deep a recession and promote a smooth recovery.

That being said, uncertainty remains very high. Corporate quarterly earnings forecasts are being revised downward due to the slowdown in global consumption and geopolitical tensions in Europe are creating a lot of volatility in commodity and energy prices.

Despite a lack of short-term visibility, but in a market that is gradually returning to sound fundamentals, we continue to favour quality investments with well-managed, revenue-generating companies. Diversification of investments, which is at the heart of our strategy, is the main risk-reducing factor in the portfolio to get through these trying times.

Initially, this summer's optimism was based on the prospect of a rapid deceleration in inflation, which would have allowed central banks to slow or even stop tightening their monetary policy. In the end, they raised their policy rates to the edge of restrictive territory in September and indicated that additional rate hikes would follow in the coming months.

In addition, tensions between Russia and NATO could intensify and exacerbate the energy crisis in Europe; Chinese growth is reportedly slowing due to the zero COVID policy and consumers are reducing their spending in the face of inflation.

In such an environment, it is difficult to ignore the increased risk of recession that would lead to a contraction in GDP, job losses and an increase in the unemployment rate, but according to our economists, the most likely scenario would be stagnation. With inflation expected to moderate and GDP growth at zero, equity and bond levels should not move much further, the U.S. dollar would tend to depreciate, and Canadian equities should outperform global equities.

The issue for central banks is when inflation will return to an acceptable level (historically the target was less than 3%). This will require a slowdown in job creation and wage growth. Monetary tightening to date should provide relief to labour demand in the coming months, but central banks will want concrete evidence that the labour market is slowing before they stop raising rates.

We will be closely monitoring all these key indicators over the next few months to adjust our positioning. Active management and discipline remain the keys to success in achieving your financial goals.

Awards of Excellence in Wealth Management

Despite difficult market times, we would like to highlight that Team Chartier Grandmaison has distinguished itself in 2022 by winning for the third time the regional award for Excellence in Wealth Management.

We are proud once again to be able to make a difference and to accompany you in achieving the peace of mind to which you aspire.

NBF may act as financial advisor, fiscal agent or underwriter for certain companies mentioned herein and may receive remuneration for its services. NBF and/or its officers, directors, representatives or associates may have a position in the securities mentioned herein and may make purchases and/or sales of these securities from time to time on the open market or otherwise. The particulars contained herein were obtained from sources we believe to be reliable but are not guaranteed by us and may be incomplete. The opinions expressed are based upon our analysis and interpretation of these particulars and are not to be construed as a solicitation or offer to buy or sell the securities mentioned herein. The opinions expressed do not necessarily reflect those of NBF. I have prepared this report to the best of my judgment and professional experience to give you my thoughts on various financial aspects and considerations. The opinions expressed herein, which represent my informed opinions rather than research analyses, may not reflect the views of NBF. The securities or sectors mentioned in this letter are not suitable for all types of investors and should not be considered as recommendations. Please consult your investment advisor to verify whether the security or sector is suitable for you and to obtain complete information, including the main risk factors. Some of the securities or sectors mentioned may not be followed by the analysts of NBF.