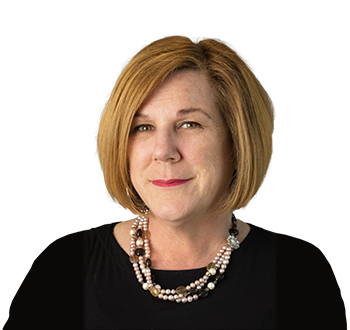 Andrea Bobkowicz is a graduate of the University of Western Ontario with a B.A. in Business and languages. She holds an extensive professional education in Canada and in the United States. With more than 30 years of experience, during her career in wealth management, Andrea has worked in International Institutional Equity in New York City for almost four years. In her first year in the industry, she gathered the most assets in the firm, and won subsequent President Club distinctions.

She has been involved with several professional organizations, and is active in her community. She is Past President of the Foundation of Catholic Community Services Past President of Kinkora Activity Camp, Past Treasurer and Vice-President of the St-Patrick’s Society of Montreal. Fluent in English, French and Spanish, Andrea has travelled extensively throughout her career to places such as South Africa, the Caribbean, South America, Europe and the United Kingdom.

As well as her position with National Bank Wealth Management, Andrea served for more than 9 years as Chair of the Finance Committee for the Canadian Museum of History and the War Museum. for the Canadian Museum of History and is a member of the Board of Trustees for the CMH and the War Museum. As a recognition of her involvement, she won the 2018 Regional Award for Social Commitment at National Bank Financial, and previously the 2016 National Bank Financial Regional Award for Wealth Advisor of The Year.