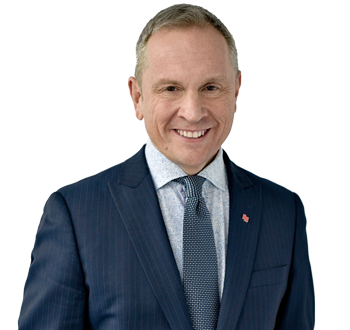 Carl Parent, CFA, has been working in the financial industry since 1992. He began his career as a Financial Advisor at Royal Trust and has been with National Bank Financial since 1994. In 1991 he graduated from the University of Sherbrooke with a Bachelor’s degree in Finance and trained at the Institut Commercial de Nancy. Carl became a Fellow of theCanadian Securities Institute in 1993, received the CFA designation in 1995 and the title of Portfolio Manager in 2008. In 2009, he received the title of CMT (Chartered Market Technician) which allows him to better understand the technical aspects of the stock market.

In 2008, team Parent won the Portfolio Management Excellence Award. This prize is awarded to the team with the best risk adjusted return at NBF. In recent years, team Parent has often been recognized as one of the best teams in Canada. Carl can count on National Bank Financial’s full range of products ,services and specialists, in addition to its large network of professionals, to meet all the specific needs of his clients.

Carl is married with two children. He is involved in the CSSS Jeanne Mance Foundation.