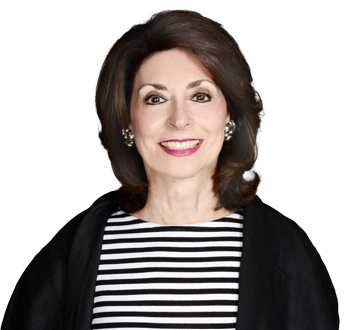 To know Edie is to recognize her as a trailblazer and one of the first women in the Canadian financial advisory business landscape.

Being one of the first women in the Canadian financial advisory business, not only has Edie been at the forefront of change since the start of her investment career, she was also uniquely positioned to capitalize on her early exposure to and aptitude for business. Originally a Montrealer whose entrepreneurial family included food service and real estate interests, Edie grew up especially sensitized to the ups and downs, commitments, and demands of owner-operated small businesses.

Edie, however, began her professional life as an educator with a B.A. (Honours, English) from Concordia University and a B.Ed. from U. of T. in her back pocket. Here she honed her skills in guiding, advising, teaching, and discovered her innate desire to positively affect people's lives - just not as a high school teacher! At that time, and as a keen young investor in public markets, Edie's curiosity about investments had been piqued. Upon suggestions from not one, but from two of her stockbrokers, she recalibrated and launched her career in wealth management.

My Financial Expertise and Passion

With BMO Nesbitt Burns Inc., Edie built a highly successful financial advisory practice focusing on serving entrepreneurs and affluent families, becoming one of the most respected advisors and rising to the rank of Senior Wealth Advisor. Upon merging her practice in the 1980s with that of husband, Jerome Cohen, together they became one of the first financial advisory teams in the country, earning accolades and respect from both clients and industry leaders.

The duo expanded to London in the early 1990s. Edie specialized in the particular wealth management needs of entrepreneurs, employing both her penchant for clear communication and her talent with small businesses in preserving and growing their assets.

On A Personal Note

Although dubbed 'Vulcan' (as in, Spock-like) by the office for her ability to attentively listen, size up the situation, filter out the drama, and quickly formulate a logical approach to resolve the crisis of the moment, don't underestimate that calm demeanor! True, Edie is the grounded voice of reason and the stable, reliable sounding board for both her family and her practice.  But, she is also certainly full of heart and adventure -- an avid skier, hiker, an outdoor enthusiast, and simply the best to have in your corner cheering you on and championing your accomplishments!

Beyond her fierce love for her family, and the frequent challenges she faces when Jerome's exuberance needs to be reined in, her own personal interests run more to the arts. Jazz, dance, art exhibits, and theatre are some of her favourite leisure activities, exemplified by her support and fondness for the local Acting Up Stage Company of Toronto. A woman for all seasons!