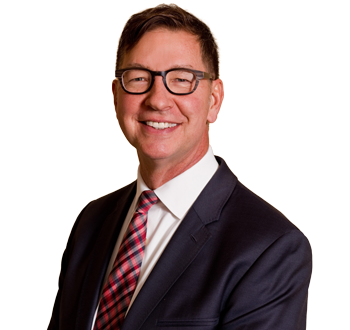 In 2002, David “wrote the book” on how financial advisors build a practice around their clients’ needs, with his groundbreaking course for advisors called The Structure of the Client-Centered Practice. This was used for over 10 years in training by financial firms. David also authored the Canadian Bestseller Managing the Bull - A No-Nonsense Approach to Personal Finance, which helps people from all walks of life use the proven principles of financial planning to turn their dreams into achievable goals.

CAREER HIGHLIGHTS
David helped pioneer fee-for-service financial planning and independent advice in Canada. He was a founding board member and Director of Ethics & Practice Standards for the Institute of Advanced Financial Planners (IAFP) and was lead author of the Code of Professional Ethics and Professional Standards of Practice for R.F.P.s. David is also a past Chair of the Manitoba Chapter of the Society of Trust and Estate Practitioners (STEP) and of the CAFP.

David has written a weekly Winnipeg Free Press newspaper column, Dollars and Sense, since 1994, has hosted a radio show on personal finance, and has been a featured guest on radio and TV countless times. He has been requested for speaking engagements spanning a wide variety of professions and associations, including Advocis, IAFP, CIFP, STEP, YPO, consumer groups, and investment dealers.

AWARDS AND RECOGNITION
In addition to being named a Canadian Top 50 Financial Advisor in 2014, 2015, 2018, and 2022, and a Fellow of the Financial Planning Standards Council in 2013, David has been awarded many professional awards, most recently named as a Best in Province Advisor by the Globe and Mail. He and his team were awarded the STEP Private Client Award for 2010 and 2011 and shortlisted in 2016, in the category of Independent Financial Advisor Team of the Year, by the worldwide Society of Trust and Estate Practitioners.

Governor General Ray Hnatyshyn presented David with the Governor General's Canada 125 Commemorative Medal for contribution to Canada and community, for work on boards such as the WSO, RMTC, MCO, Winnipeg Children's Festival, Alzheimer's Society of Manitoba, and the Winnipeg Chamber of Commerce.

PERSONAL ACTIVITIES
David is married to Vera Steinberger and proud father of Sarah and Taylor. He enjoys regular sailing, skiing, travel, and playing bass guitar, with a high point in his career playing on stage with the band The Commitments in Shannon, Ireland. Dave is a founding board member, perennial competitor, and occasional winner of Winn$tock, the annual Winnipeg financial services battle of the bands, which has raised over $1 million for worthy causes since 2004.