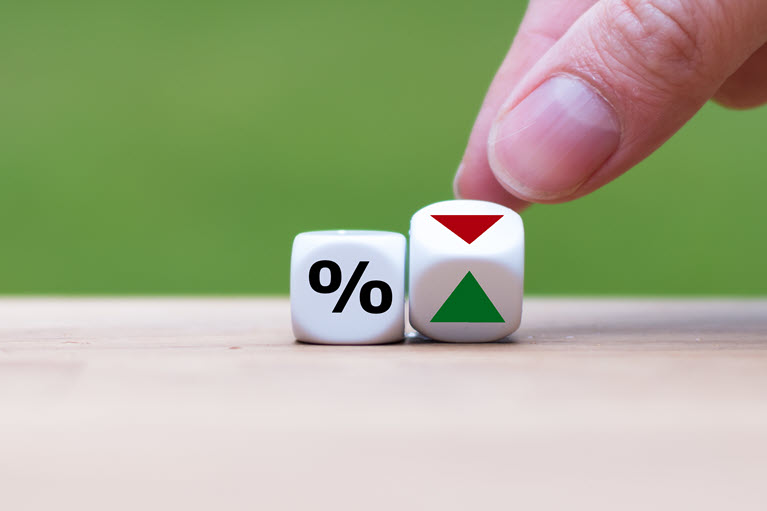 Do you have any variable rate debts?

If so, you had a reprieve this week when the Bank of Canada decided to leave its overnight lending rate at 0.25%, a historic low that was reached shortly after the pandemic began.

However, with the last 12 months’ inflation rate at 4.8% and an estimated 75% of economists calling for a rate increase, expect rates to rise in the next month or so, unless there is a significant drop in the next inflation report.

Anyone with variable-rate loans might want to look at their options for fixing the interest rate at a slightly higher level for an extended term. This will lock in today’s rates and ensure predictability of payments going forward.

The most common variable-rate debt is a line of credit, where the interest rate is based on the prime rate or stated lending rate of a bank or credit union. The interest rate you pay will change as official rates change.

On the other hand, some mortgage agreements maintain a fixed payment when rates go up, but less of the payment is allocated to principal and more to interest. That means you pay off less of the loan during the current term.

The challenge, of course, is deciding how much extra you want to pay for certainty. Since the general expectation is that rates will rise, the interest rates available on longer term mortgages have already risen, even while variable rates have stayed low.

For example, variable mortgage rates are generally between 1.55% and 1.75% this week. Locking in for five years will cost you around 2.75%, assuming you have good credit, and you negotiate for a better rate than posted.

On a $200,000 mortgage, locking in for five years might raise the monthly payments by about $120, but would provide certainty for those five years.

If the variable rates rise by more than 1% over the next couple of years, then the locking in would look like a wise decision.

If the variable rates rise by more than 1% over the next couple of years, then the locking in would look like a wise decision.

So, how much will rates rise over the next 1-to-2 years? Sorry, I can’t tell you that.. (and, of course, you wouldn’t want me to tell you anyway, as that would make the decision too easy…)

But both the Bank of Canada and the US Federal Reserve have signalled that they will start raising rates in March. In the US, the markets are said to be anticipating four increases in 2022.

Those indicators suggest that anyone with a variable rate loan should do some cypherin’ and budgeting. Don’t ignore the issue.

If you are shopping for a home now, definitely get your mortgage preapproved (which you’ve probably already done) and make sure the approval includes an interest rate guarantee for at least 90 days. You can decide on the term when your purchase is complete, but at today’s rates.

As with all financial (and life) decisions, there are always unknowns, but careful thinking and planning almost always gets you ahead.

Enjoy the milder (but extremely variable) weather this weekend!

David Christianson, BA, CFP, R.F.P., TEP, CIM is recipient of the FP Canada™ Fellow (FCFP) Distinction, and repeatedly named a Top 50 Financial Advisor in Canada. He is a Senior Wealth Advisor and Portfolio Manager with Christianson Wealth Advisors at National Bank Financial Wealth Management, and author of the book Managing the Bull, A No-Nonsense Guide to Personal Finance.